Over 25 million people in the United States suffer from aerophobia, the fear of flying. To alleviate their pre-flight jitters, many airline travelers across the country are turning to Emotional Support Animals (ESA) for stability and comfort. However, these pets should never be confused with Psychiatric Service Dogs (PSD) or other specialized service animals, even if the labels are often used interchangeably.

What Is an ESA?

ESAs are not acknowledged or covered by the Americans with Disabilities Act of 1990, nor are they professionally trained to behave in public spaces. In fact, they serve only one important purpose: to provide emotional support and companionship to people suffering from potentially disabling mental health disorders.

Like service dogs, ESAs can accompany their owners on airline flights per the protections granted by the Air Carrier Access Act. While there is little scientific evidence suggesting that animals can relieve anxiety or stress, more and more air travelers are attempting to board planes with therapeutic dogs, cats, peacocks – you name it, and a flight attendant has probably seen it. In other words, negligent pet owners are taking advantage of this law to bring skittish and even dangerous pets into airports.

In early 2017, Delta Air Lines announced that it was updating its policies to protect customers, employees, and service animals alike. In the report, the company revealed that it carries over 700 support and service animals on a daily basis, and that “customers have attempted to fly with comfort turkeys, gliding possums known as sugar gliders, snakes, spiders and more. Ignoring the true intent of existing rules governing the transport of service and support animals can be a disservice to customers who have real and documented needs.”

Turning Fido into an ESA

As you may have noticed, any pet can serve as an emotional support animal. There are many questionable online registries, including The Official ESA Registration of America, that are willing to certify pets as “emotional support animals” so long as their owners complete the agency’s psychological assessment process. Most people don’t even bother going that far; after all, anyone can purchase service dog paraphernalia directly off Amazon – for $25.99, you can take your dog into any restaurant, movie theater, or airport!

As a result, United has reported a 75% increase in the number of passengers bringing ESAs onto flights. The problem is that these untrained pets are damaging property and severely injuring other airport customers. 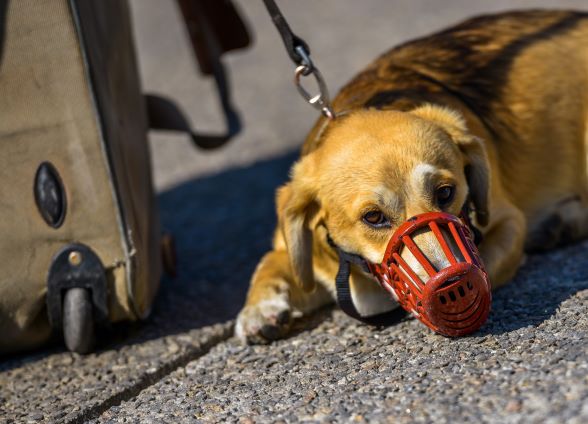 The Dangers of an Untrained Animal

Last February, Glenn Garvin from the Miami Herald interviewed Taylor Garland, a spokeswoman for the Association of Flight Attendants Unions, about the risks associated with ESAs. According to Garland, “Flight attendants have been bitten by some of these emotional support animals. Emotional support dogs that were clearly not trained to be on a plane have bitten real service dogs who are. There’s a security issue – any kind of chaos in the cabin, the crew has got to worry that it’s a diversionary tactics for something much worse.” Also, she adds, “Defecation and urination are a big issue. A big issue.”

In the last few years, countless lawsuits have been filed against negligent pet owners and airlines, including:

Have You Been Injured by an Emotional Support Animal? Call McHargue & Jones, LLC!

If you or a loved one has been injured by a dangerous ESA, contact the Chicago animal attack attorneys at McHargue & Jones, LLC today. For nearly 20 years, our trial-tested legal team has been providing compassionate guidance, detail-oriented legal services, and customized case strategies to the residents of Illinois. You can trust that our lawyers have a comprehensive understanding of the regulations, protocols, and contingencies typically associated with animal attack cases. With our help, you can secure compensation that account for your medical bills, lost wages, rehabilitation and disability costs, and more.